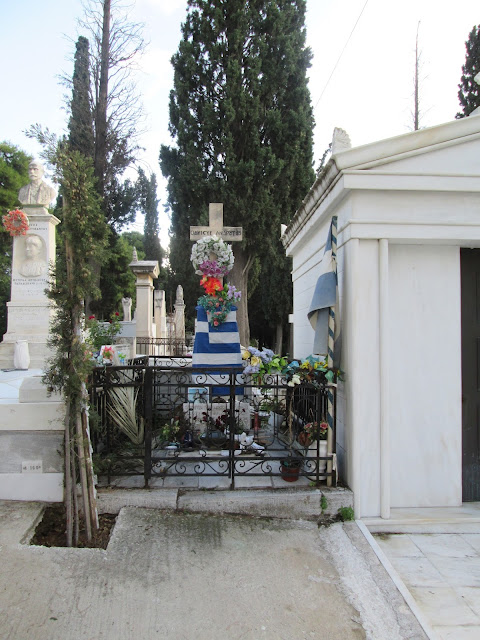 Odysseas Androutsos started out as a soldier in Ali Pasha’s army in Ioannina, fought bravely for Greece during the War of Independence, was accused of treason, murdered by his own people in 1825, and then posthumously rehabilitated. His life and death highlight the many ambiguities, divided loyalties, and outright contradictions that characterized the long struggle to create and define the new nation.

Odysseas  Androutsos, of Albanian extraction, was born in western Greece in Venetian held territory  circa 1790. His father, Andreas, had been a legendary figure who had battled the Ottomans until his capture and subsequent death in an Ottoman prison in 1797.

Surnames were pretty fluid back then so Odysseas chose Androutsos, his father’s popular nickname, as his own. He had big shoes to fill. According to one source, there are more folk songs about his father than any other klepht or armatolos.(1)

As a young man, Androutsos  joined  the court of Ali Pasha in Ioannina, and became a successful officer in Ali’s army. At that time Ali Pasha was fighting the Porte, so working for Ali was definitely working against Ottoman interests. A significant number of future Greek freedom fighters would come from the ranks of Ali’s army.

In this strange and rather exotic environment, Androutsos would have learned early on how to navigate in the dangerous waters of divided loyalties and shifting alliances. He was headquartered in Livadia near Delphi from 1816 to 1820. By 1818 he had joined the Filiki Etairia (Φιλική Εταιρεία) which was already plotting the liberation of Greece.

When the revolution broke out in 1821, he distinguished himself at the Battle of Gravia in May 1821.


Omer Vryonis, the commander of the Ottoman army, had first crushed the Greek resistance near Thermopylae and then, with 8,000 men, headed south towards the Brallos Pass, intending to pass through, cross the Gulf of Corinth, and crush the Greek uprising in the Peloponnese before it really got underway.  Androutsos, with a small band, took up a defensive position at an inn near Gravia and forced Vryonis to delay his march until reinforcements arrived.

This victory allowed the Greeks to consolidate their gains in the Peloponnese and capture Tripoli, the Ottoman capital.  After this battle, Androutsos  was named Commander in Chief of the Greek forces in eastern  Roumeli.(2)

His next famous exploit was the taking of the Acropolis in Athens on June 10, 1822. The Acropolis became an important center of military operations for all of east-central Greece. It was here that Androutsos clashed with the newly formed central government in the Peloponnese in the person of the interior minister IoannisKolettis (Ιωάννης Κωλέττης). Kolettis had lived in Ioannina during the same period as Androutsos.  He was a physician, native to the area of Ioannina, and in 1822 saw himself as the proper leader of forces in Roumeli rather than the charismatic and independent Androutsos whom he had come to consider as no better than a rogue warlord whose loyalties and motives were questionable.

Androutsos resigned his commission as a result of Kolettis’ accusations and in 1823, repaired to a cave on Mount Parnassos where, depending on your point of view, he continued the fight against the Ottomans, co-operated with them, and/or simply hid out beyond the reach of the central government. 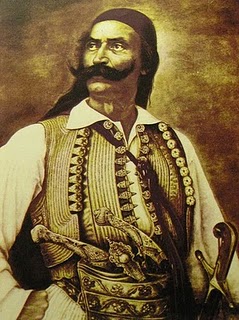 He had many admirers. John Trelawny, Byron’s friend was an avid Odysseas fan. 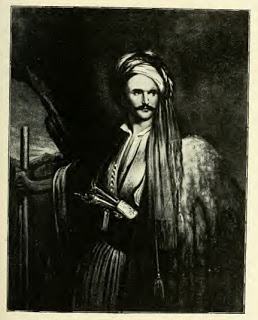 Trelawny dressing like his hero
He had married Odysseas’ 13 year old half sister, lived with his band of men  in the cave,  brought him arms whenever he could obtain them, and argued Androutsos’ cause to Byron.  But to the central government he had become anathema. Towards the end of 1824, Ioannis Gouros, one of his old comrades in arms, was given the task of tracking him down and then arresting him.

Accounts say that he was then placed in chains and kept in the Frankish tower at the Acropolis entrance. Then, on June 5, 1825, before his trial could be held, he was murdered, – beaten, strangled, and thrown off the acropolis walls.(3) His jailors claimed that his injuries were caused as he tried to ‘escape’. He was quickly and unceremoniously buried near the Church of the Metamorphosis (a Byzantine gem which is still there).
Buried, but not forgotten…

If there were a stock market of Greek heroes, Androutsos stock was at rock bottom in 1825.  George Finlay, the historian, who had himself lived through the revolution, knew Androutsos and considered that he, along with all klephts and armatoloi, were no better than thieves. Nonetheless, there was something so romantic, heroic and, yes, patriotic about these idiosyncratic irregulars that even today they strike a sympathetic chord with most Greeks and they certainly impressed the romantic poets who glorified them in prose and verse. Without them, the War of Independence would never have got off the ground at all. 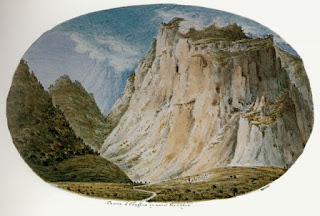 Opinions still vary. One modern historian has characterized the early Greek government as controlled by politicians and rich dignitaries who cared only for the power that they would seize after the war.
On the other hand, Veremis in his Greece: the Modern Sequel is equally unenthusiastic about irregulars like Androutsos.  He comments that when he took the acropolis, “he was given a free sword, elected archon and generally acted like the pashas he had replaced"  (p. 22).

Be that as it may, 40 years after his murder, the Greek government did have a change of heart. In 1865, his bones were dug up and a public funeral was held in the Metropolitan Church. Apparently his wife issued black edged invitations. This time he was buried with full military honours in Athens’ First Cemetery. His small grave (just bones) is just inside the gates of the original cemetery, flag-draped and never without flowers. 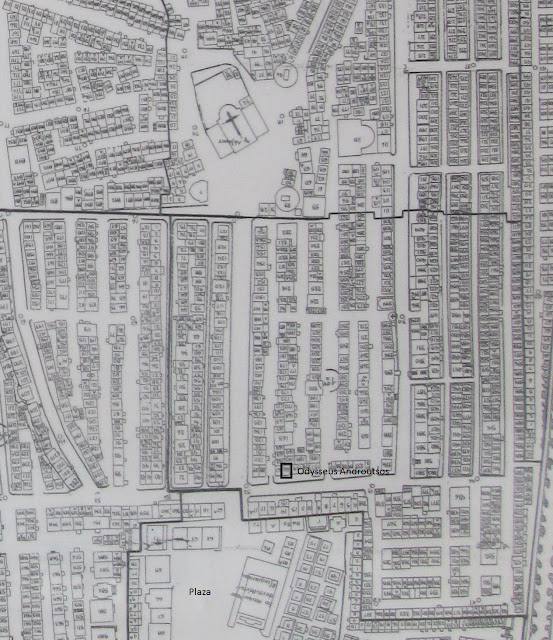 Footnotes
(1) Klephts (‘thieves”) were Greeks who had been disenfranchised by the Ottoman invasion and took to the hills from which they raided the Ottomans and often their fellow Greeks too. The Armatoli (the “armed ones”) started out as the Ottoman response: to employ Christian irregulars and send them out to either catch or contain the klephts. The two groups had a lot in common and their interests and titles often merged to the point that they were indistinguishable.

(2) Roumeli was a strip of mainland Greece just north of the Peloponnese.

(3) Some accounts say he was thrown from the Frankish tower onto the area in front of the Temple of Niki.